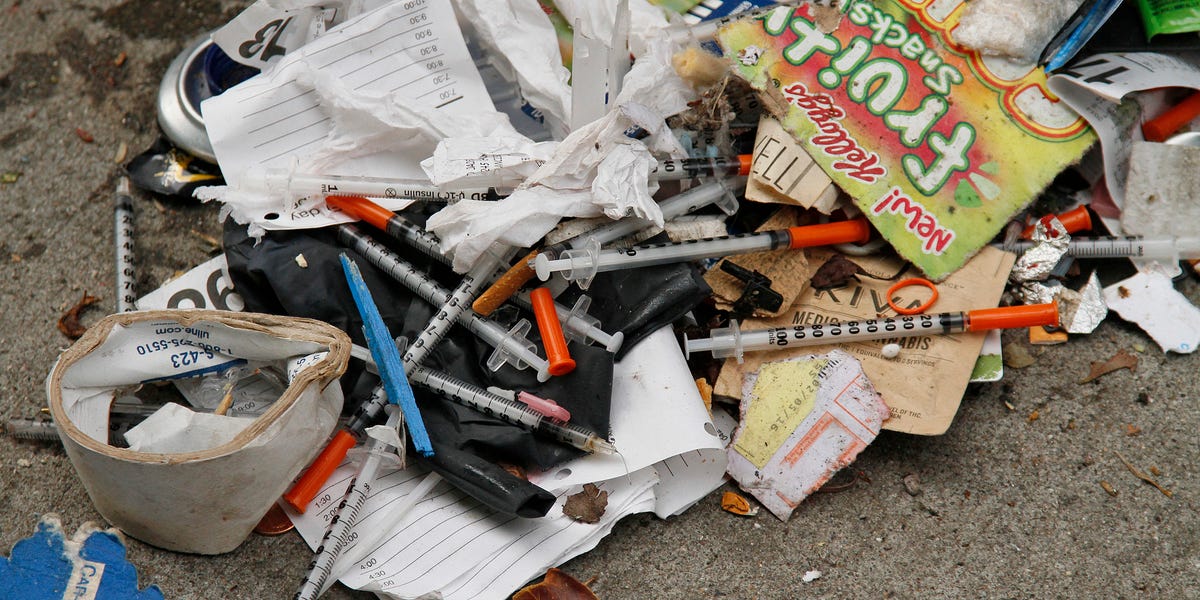 (The Center Square) – More people died this year from drug overdoses in San Francisco than from the coronavirus, according to data reported by the city and state. The Drug Overdose Prevention and Education Project, a taxpayer-funded city program, reports that 621 people died of a drug overdose this year in San Francisco – roughly five times more than the number of people who died from or with the coronavirus, 173.

The number of overdose deaths was tallied by the DOPE project based on the number of times individuals report using Narcan, an emergency medication that can reverse an opiate overdose.

Officials say the overdose deaths are probably higher because they exclude deaths unreported or related to requesting Narcan. Narcan was used more than 3,000 times from January to November to save drug addicts lives.

Despite the state’s lockdown, roughly 5.8 million free syringes were distributed to drug users this year through various programs reportedly to reduce HIV and other health risks.

In order to deal with the increased litter and thousands of syringes piling up on the streets, last July the AIDS Foundation contracted with the city to launch a syringe pick-up team. In the last six months of last year, they collected 90,879 syringes, working seven days a week and 12 hours a day.

These numbers are an increase from 2017 when two organizations distributed 5.3 million syringes and collected 3.3 million, according to Department of Public Health data provided to the San Francisco Examiner.

Drug users use multiple needles a day, Tracey Packer, DPH’s director of the community health equity, said at a 2019 hearing. “It varies from person to person and type of drug. People may use up to 10 syringes in a couple of days. … When you look at the number of people who inject, times the number of syringes they need, it would probably be around 11 to 12 million that would meet the need. We are somewhere in there hoping to meet their needs.”

Despite the city’s argument that syringe distribution saves lives, roughly 40 percent of overdoses occurred this year in the heavy drug user area of the Tenderloin and South of Market neighborhoods.