Summer reading: 5 books for young people that deal with race 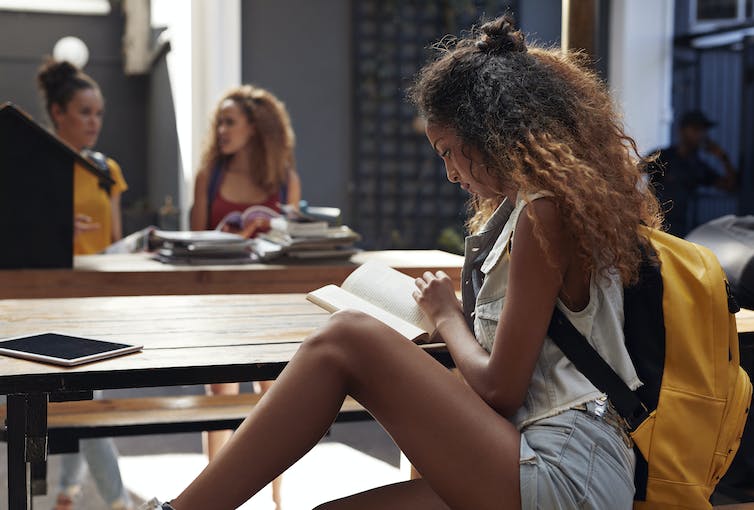 Parents may also find it difficult to broach topics of race in conversations with their teens.

As a former junior high teacher and current teacher educator, I have found that literature can do much of the heavy lifting for these kinds of discussions.

Books offer a way for educators and parents to engage students on a particular topic over an extended period of time. They also enable young people to imagine possibilities and rehearse for how to confront inequities in society.

However, when it comes to books that deal with racism, I have found that it beneficial to read the text using an anti-bias, anti-racist lens.

Reading with an anti-bias, anti-racist lens means readers doing certain things when they encounter a scene that involves harm or unfairness. That includes, among other things, summarizing what took place and naming it. Is it racism? Homophobia? Sexism? Ableism? Hate speech? Categorizing the harm or unfairness will help readers better understand it.

Readers should also look for what, if anything, is being done in the story to repair the harm, whether by another character or the community at large.

With that said, here are five titles that I believe can engage young people in conversations about race in America.

This historical fiction novel is – above all – about love in the 1921 Greenwood District of Tulsa, Oklahoma, that is often referred to as “Black Wall Street,” a Black community thriving apart from Jim Crow America.

A story of fantastical characters is offered in this novel of magical realism narrated by two sisters: Tavia, who is learning to use her voice through song; and Effie, who performs as a mermaid at the local Renaissance fair.

Set in Portland, Oregon, with elokos – beings who captivate with melodies held in lockets – protective gargoyles and powerful sirens (some forced to wear silencing collars), Morrow confronts the present-day push to limit civil rights by interrogating discrimination, bias used to excuse harm and even hierarchy among creatures.

This novel – written in poetic form – is an act of activism as Salazar explores how terms like “illegal” can be weaponized and how anti-immigrant policies are the structures of racism.

In this story, a 9-year-old girl, Betita, and her pregnant mother are detained at the Mexican-U.S. border. While the main character is young, Betita is observant and wise, with caring parents who help her find courage and agency in ancestral stories.

This graphic memoir captures in comics multiple story threads: an Oakland high school basketball program, a teacher contemplating leaving the classroom, the history of basketball and the emergence of basketball as a sport in China.

Through sarcasm and humor and a steep learning curve with basketball, Yang shares the joy of sports alongside subtle and overt racism.

This realistic fiction novel won the American Indian Library Association’s Youth Literature Award. High school senior Louise is making sense of her Muscogee Nation heritage while competing for bylines in her school’s newspaper. When the school musical gets pushback in the mostly white, middle-class Kansas town for casting a nonwhite lead in “The Wizard of Oz,” Louise reports on the newly formed Parents Against Revisionist Theater.

Summer reading: 5 books for young people that deal with race-AUTHOR: