The Green Book Era: What Was It Like to Travel While Black During Jim Crow? | 360 Video

The Green Book was a critical guide for African-Americans struggling to travel safely in the Jim Crow era. This 360 degree video explores its complicated legacy. This film offers a revealing view as told through Ben’s Chili Bowl, a black-owned restaurant in Washington, and reminds us that the humiliations heaped upon African-Americans during that time period.

The guide provided a rundown of hotels, guest houses, service stations, drug stores, taverns, barber shops and restaurants that were known to be safe ports of call for African American travelers.

Sandra Butler-Truesdale, born in the capital in the 1930s, references an often-forgotten trauma — and one of the conceptual underpinnings of the times — when she recalls that Negroes who shopped in major stores were not allowed to try on clothing before they bought it. Store owners at the time offered a variety of racist rationales, including that Negroes were insufficiently clean. At bottom, the practice reflected the irrational belief that anything coming in contact with African-American skin — including clothing, silverware or bed linens — was contaminated by blackness, rendering it unfit for use by whites. (Courtesy Youtube) 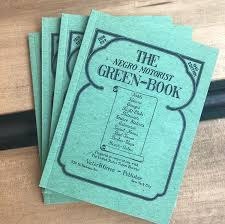 Share
Facebook
Twitter
Pinterest
VK
WhatsApp
Previous articlePain of police killings ripples outward to traumatize Black people and communities across US 6/7/21
Next articleLaugh out Loud : Comedian Shuler King – She Put The Dog In There With The Food 6/7/21

Jaded: Journalism with a touch of Shade-Lashaun Turner, Editorial